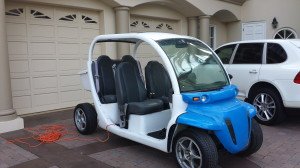 The GEM Car will get 30 miles of driving range on a new set of 12 volt batteries rated at 130 ah. It is interesting to note that the Gel type deep cycle batteries are rated at 105 ah, much less than the wet cell or flooded batteries like the 30XHS.

Most GEM Cars are equipped with the Delta Q charger which is considered to be a “smart” charging, meaning it can remain plugged in when the GEM is not being used.  This will help prevent the natural discharge that occurs when batteries are idle. 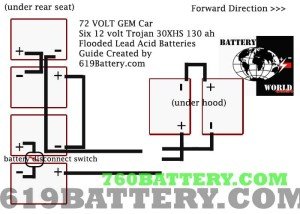